Thank you, Python community, for a wonderful PyCon 2016!

With PyCon 2016 now over and complete, we want to thank everyone who made the conference possible — speakers, teachers, sponsors, volunteers, and each of the attendees who made up the conference’s wide array of persons and personalities.

A venue as exciting as the city of Montréal in 2014–15 and now Portland in 2016–17 often tempts attendees with children to want to go ahead and bring them along, turning what could have been simply a business trip into a full family vacation to a new city. Other attendees are in circumstances that make it impossible to leave their children at home, threatening to rule out PyCon entirely unless children can be accommodated.

We organizers of PyCon 2016 are grateful that, amidst a roiling stock market and uncertain economy, so many sponsors have stepped forward to assert that their relationship with the Python community is worth investing in. And we are particularly happy to announce that our highest level of sponsorship has been filled.

While commercial programming languages often enjoy large and spectacular conferences from their beginning — think of the elaborate JavaOne conference, staged barely a year after Java’s first release — languages without corporate backing tend to accrete their community more slowly and organically. The first conference often takes place without dozens of paid staff to dash back and forth behind the scenes and make sure that the event happens.

Instead, that first event is possible because of volunteers.

A post by Don Sheu, one of our Startup Row Coordinators

PyCon 2016’s Startup Row got our campaign on the road on March 9th in San Francisco, meeting with the local SF Python user group at Yelp headquarters. Six early-stage companies that use Python gave their pitches, competing for an opportunity to exhibit in the PyCon Expo Hall on Startup Row. The roster of candidate startups included Alpaca, Bauxy, Beansprock, Opsulutely, Watt Time, and UtilityAPI.

UtilityAPI won! They convinced the judges that its services for the new energy economy held the most promise, edging out their high quality competitors. Founded by Daniel Roesler and Elena Lucas, UtilityAPI provides easy access to usage data for customers like PG&E, ConEdison, and the Los Angeles Department of Water & Power.

Only a few sponsor booths are left

We are nearly out of booths! While PyCon does continue to accept new sponsors once we run out of Expo Hall booths, and those final sponsors enjoy almost every benefit of their sponsorship level, they are placed on a waiting list for a booth and can miss out on one of the most exciting ways to connect with attendees at PyCon. 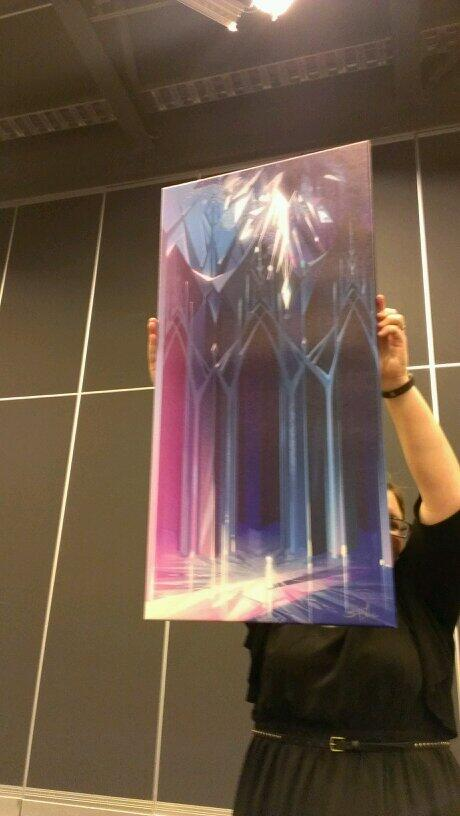 One of the privileges of becoming a PyCon sponsor is that you have the chance to contribute to one of the most creative events at the conference — the PyCon charity auction!

Why not join the sprints this year at PyCon?

A guest post by Naomi Ceder, one of our 2016 Sprint Coordinators.

Sprinting has always been one of the hidden gems of PyCon, a part of every PyCon from the beginning, back in 2003. Hundreds of programmers stay one or more extra days after the conference to collaborate on open source projects large and small. The people who’ve done it treasure the experience. Not only do the projects that participate benefit from fresh eyes and ideas, but the sprinters usually find that they gain enormous insights into a particular problem or library, into the Python language, and even into coding in general. This year will be no exception, with many established projects sprinting and new projects joining.

We are pleased to announce the speakers/talks for the 2016 Python Education Summit. Held during PyCon on Sunday May 29th, 2016, the summit is a gathering of teachers and educators focused on bringing coding literacy, through Python, to as broad a group of audiences as possible. We invite educators from all venues to consider joining the discussion, share insights, learn new techniques and tools and generally share their passion for education. We are looking for educators from many venues: authors; schools, colleges, universities; community-based workshops; online programs; and government.

Full schedule is up — and Financial Aid closes tomorrow!

With these final three releases, the PyCon 2016 schedule is now complete — thanks to the long hours worked by the program committee chairs and co-chairs and reviewers. The tutorial chairs particularly wish to thank Allen Downey, Carol Willing, Jake Vanderplas, and Harry Percival for their help in selecting this year’s slate of tutorials.

Startups will soon be pitching to join 2016’s Startup Row!

PyCon’s Startup Row kicks off our 2016 season with a pitch event March 9th, hosted by SF Python at Yelp! HQ. This continues a tradition started for PyCon Montreal 2014, where Startup Row held pitch events around North America to select participants. A benefit of this approach is to guarantee geographic diversity in our featured startups.

Announcing the Keynote Speakers for PyCon 2016

The Talks committee has been hard at work since the Call For Proposals closed 5 weeks ago, and today we are thrilled to present the result — here are the talks that the committee has chosen for PyCon 2016 in Portland, Oregon!

If you compare the ticket prices that we charged at PyCon 2011 in Atlanta a half-decade ago to our prices today, you will notice something remarkable — that not only have we kept our Individual and Corporate prices stable as the conference has moved into larger and more expensive venues, but we have slashed our Student ticket prices by more than 40% over five years! The Python Software Foundation works to make PyCon affordable for as many users of the Python language as possible.

Tutorial proposals are due two weeks from today

There are only two weeks left before PyCon tutorial proposals are due! If you have ever dreamed about delivering a valuable 3-hour tutorial in front of dozens of fellow PyCon attendees, you can read more about the proposal process here:

Why proposals are due so many months before PyCon

“Why does PyCon make us submit proposals six whole months before the conference? They expect us to start thinking of topics for PyCon 2016 while it is still 2015!”

To be honest, I used to ask the same question about PyCon myself. Now that I am the conference chair, I have the privilege of working directly with the volunteers who make the conference possible! They have been generous with their time in bringing me up to speed on how each of their committees operate, helping me see the big picture of how the conference schedule is negotiated each year.

PyCon’s Registration and Financial Aid forms are now open! Their soft launch a few days ago revealed a form formatting problem on some Firefox versions, but the issue is now resolved and registration should work for everyone. Key facts:

Our Call For Proposals

Have you ever dreamed of speaking in front of a conference crowd? Or of teaching a several-hour PyCon tutorial, that gives you the opportunity to lead an audience deep into the details of a technology so that they emerge with new and useful skills?

Then know that the PyCon 2016 conference has issued its official Call For Proposals!

Thank you to our launch-day sponsors

The new PyCon 2016 website is now live! The conference volunteers have worked hard to include all of the essential details about the schedule, venue, and hotels ahead of the Call for Proposals next week and the opening of Registration in mid-October.